Today we were in Auckland for a delayed family Christmas outing with Warren’s work to the Auckland Zoo.   Warren took the opportunity of course to slip in and get another summit under his belt and in his log.   While Warren is not the first to activate Mt Eden for ZL SOTA, this was a first for him all the same.    Andrew VK3ARR  activated Mt Eden a few days after SOTA went live in the North Island for New Zealand, and many will have already read and heard about his achievement.

This was great for Andrew being in New Zealand as SOTA went live as he had played a major part in getting things up and running along with Warren, Don ZL3DMC and Richard ZL4FZ. 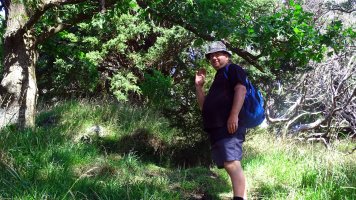 Mt Eden as of next week will no longer be accessible by vehicle / road and today was no different, we had to park at a lower car-park and make our way on foot to the summit, a good 20-30min walk, though it wasn’t hard, the heat was the biggest barrier.   Those with mobility issues  will be able to obtain an access code on the day of their visit by calling Auckland Council and providing their total mobility scheme or mobility parking permit number.

Pedestrians and cyclists will continue to have unrestricted use of the road.

Read more: http://www.3news.co.nz/nznews/mt-eden-goes-vehicle-free-2016011516#ixzz3xTo8N9yO
The walking track to the summit is well used by locals and tourist and we saw many out and about today.  The summit its-self was being well admired by many and its amazing 360 degree view on Auckland City spread below us as we stood on the summit. 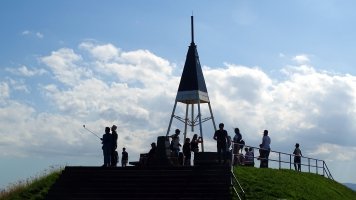 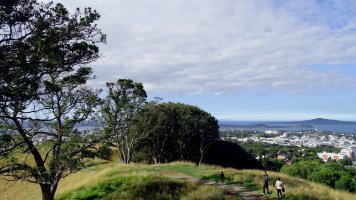 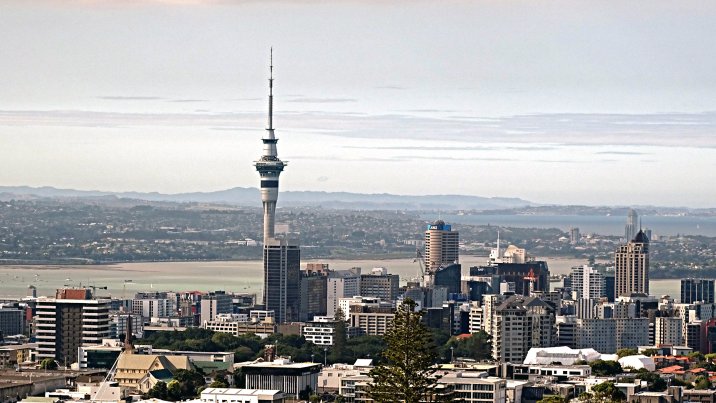 Getting the dipole up proved a bit of a tricky one on this activation.   The line was hung low from the trig and tied at the other end on a low bench seat used for people to sit and admire the view of the city out over the Auckland motorway.   However once on the air Warren had a successful time, nabbing 13 contacts for his log, taking his SOTA points to 35 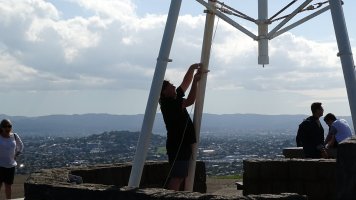 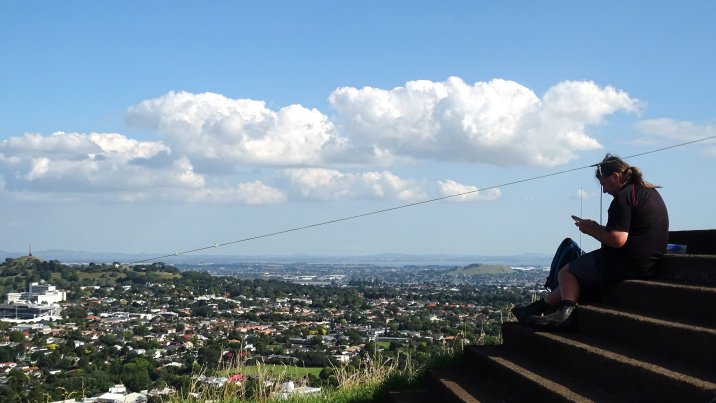 Access via Mount Eden Road then to Puhi Huia Road.

3 thoughts on “Mount Eden – Another region under our belts”