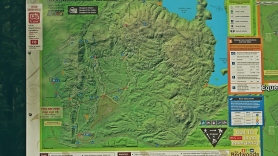 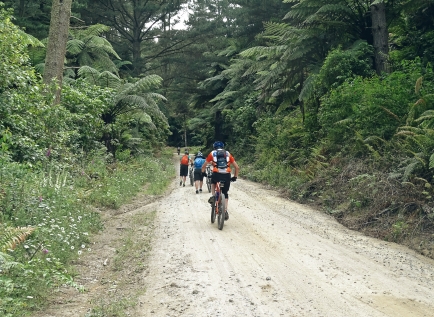 This mission began after Matthew ZL2MNB advertised he was to activate ZL1/WK-060 The Pinnacles, but with only VHF FM. Fellow ZL1 activators soon realised that for him to make the required 4 contacts he would need help. Help in the form of hams at altitude. Hams at summits. And so began an impromptu ZL1 S2S day. 6 Activators were out in ZL1 activating 5 summits. We chose to ascend the unnamed ZL1/BP-154. I believe it is known locally as Tawa. We had scoped this out a month ago while in Rotorua. We found the road was closed to public traffic but it was open to cyclists and walkers, we chose to be the latter . 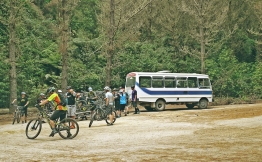 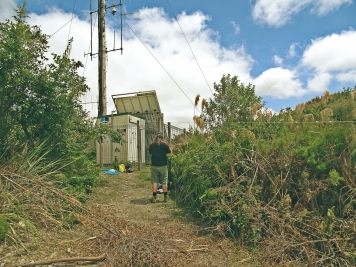 The track up is via the metaled roadway, which we shared with cyclists and the tourist buses busing cyclists to the top car park. We could have hitched a ride but decided we needed the walk after our Christmas indulgences. A little over 2 hours later and we made it to the top. Sadly not much of a view from the summit, nor was there any shade offered. But there was enough to get the antenna up and set up. When we first set up we discovered the bands were atrocious. 7 MHz was almost in complete blackout. 14 MHz wasnt much better. Upwards to 21 MHz. ZL3LF Chris was there loud and clear from Christchurch – Hallelujah a contact!  With some effort between the strong and deep QSB dips, a few VKs were added to the log including the first S2S with Andrew VK3ARR near Melbourne. This was my first S2S with Andrew so it was rewarding to get him in the log as an activator (I had chased Andrew on previous occasions and we did a joint activation for the ZL3 opening – see Altimarloch blog entry). At this point I was hearing activity on the handheld so attached the 1/2 wave antenna and straped it to my hiking pole and worked John ZL1PO from Sanatorium ZL1/WK-153 and later Matthew from The Pinnacles. Back to 14 MHz where conditions had improved slightly to work VK, then to 7 MHz where conditions had improved enough for me to work Kyle at Moir Hill completing that summit for me. 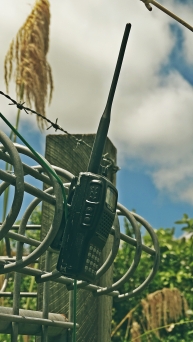 The end result was 4 summit to summit contacts adding 12 points to the S2S log, one to the sota complete log, 4 points to the activator log and another unique summit activated. We also completed the main objective of ensuring Matt had 4 contacts for his log, all S2S. This summit is relatively easy to get to and is close to Rotorua which is a popular tourist destination. After we walked back to the car we headed to the lake shore to wade our sore feet before heading home to the Waikato. The water was tepid and very relaxing.

Nominal time to summit – About a 2.5 hour walk. (walk to the point you can go no further).

Mobile and internet coverage from the summit – 3g coverage

Land Access Permission – Not required but check the signage at the gateway for open hours and excluded areas where felling is in progress. http://redwoods.co.nz/walk/

One thought on “Redwoods, Whakarewarewa Forrest Trek to the summit – ZL1/BP-154”